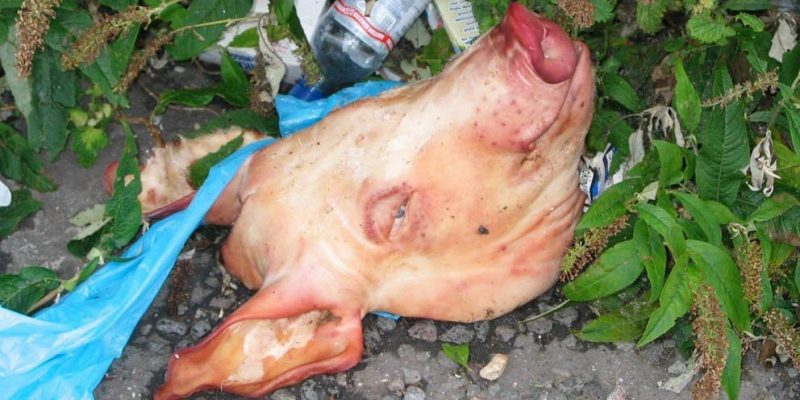 When false and malicious speech roils the body politic, when racism and violence surge, the right and role of freedom of speech in society comes into crisis. People rightly begin to wonder what are the limits, what should be the rules. It is a complicated issue, and resolving it requires care about the exact problems targeted and solutions proposed. Otherwise the risk to free speech is real.

Propaganda from Russian-funded troll farms (boosted by Facebook data breaches) might have contributed to the United Kingdom’s vote to exit the European Union and aided the United States’ election of Donald Trump as president. Conspiracy theories spread by alternative news outlets or over social media sometimes lead to outbreaks of violence. Politicians exploit the mainstream news media’s commitment to balance, to covering newsworthy public statements and their need for viewers or readers by making baseless, sensational claims.

In On Liberty (1859), John Stuart Mill offers the most compelling defence of freedom of speech, conscience and autonomy ever written. Mill argues that the only reason to restrict speech is to prevent harm to others, such as with hate speech and incitement to violence. Otherwise, all speech must be protected. Even if we know a view is false, Mill says, it is wrong to suppress it. We avoid prejudice and dogmatism, and achieve understanding, through freely discussing and defending what we believe against contrary claims.

Today, a growing number of people see these views as naive. Mill’s arguments are better suited to those who still believe in the open marketplace of ideas, where free and rational debate is the best way to settle all disputes about truth and falsity. Who could possibly believe we live in such a world anymore? Instead, what we have is a Wild West of partisanship and manipulation, where social media gurus exploit research in behavioural psychology to compel users to affirm and echo absurd claims. We have a world where people live in cognitive bubbles of the like-minded and share one another’s biases and prejudices. According to this savvy view, our brave new world is too prone to propaganda and conspiracy-mongering to rely on Mill’s optimism about free speech. To do so is to risk abetting the rise of fascist and absolutist tendencies.

In his book How Fascism Works (2018), the American philosopher Jason Stanley cites the Russian television network RT, which presents all sorts of misleading and slanted views. If Mill is right, claims Stanley, then RT and such propaganda outfits ‘should be the paradigm of knowledge production’ because they force us to scrutinise their claims. But this is a reductio ad absurdum of Mill’s argument. Similarly, Alexis Papazoglou in The New Republic questions whether Nick Clegg, the former British deputy prime minister turned Facebook’s new vice president of global affairs and communication, will be led astray by his appreciation of Mill’s On Liberty. ‘Mill seemed to believe that an open, free debate meant the truth would usually prevail, whereas under censorship, truth could end up being accidentally suppressed, along with falsehood,’ writes Papazoglou. ‘It’s a view that seems a bit archaic in the age of an online marketplace of memes and clickbait, where false stories tend to spread faster and wider than their true counterpoints.’

When important and false beliefs and theories gain traction in public conversation, Mill’s protection of speech can be frustrating. But there is nothing new about ‘fake news’, whether in Mill’s age of sensationalist newspapers or in our age of digital media. Nonetheless to seek a solution in restricting speech is foolish and counterproductive – it lends credibility to the illiberal forces you, paradoxically, seek to silence. It also betrays an elitism about engaging with those of different opinions and a cynicism about affording your fellow citizens the freedom to muddle through the morass on their own. If we want to live in a liberal democratic society, rational engagement is the only solution on offer. Rather than restricting speech, we should look to supplement Mill’s view with effective tools for dealing with bad actors and with beliefs that, although false, seem compelling to some.

Fake news and propaganda are certainly problems, as they were in Mill’s day, but the problems they raise are more serious than the falsity of their claims. After all, they are not unique in saying false things, as the latest newspaper corrections will tell you. More importantly, they involve bad actors: people and organisations who intentionally pass off false views as the truth, and hide their nature and motives. (Think Russian troll farms.) Anyone who knows that they are dealing with bad actors – people trying to mislead – ignores them, and justifiably so. It’s not worth your time to consider the claim of someone you know is trying to deceive you.

There is nothing in Mill that demands that we engage any and all false views. After all, there are too many out there and so people have to be selective. Transparency is key, helping people know with whom, or what, they are dealing. Transparency helps filter out noise and fosters accountability, so that bad actors – those who hide their identity for the purpose of misleading others – are eliminated.

Mill’s critics fail to see the truth that is mixed in with the false views that they wish to restrict, and that makes those views compelling. RT, for instance, has covered many issues, such as the US financial crisis, economic inequality and imperialism more accurately than mainstream news channels. RT also includes informed sources who are ignored by other outlets. The channel might be biased toward demeaning the US and fomenting division, but it often pursues this agenda by speaking truths that are not covered in mainstream US media. Informed news-watchers know to view RT and all news sources with skepticism, and there is no reason not to extend the same respect to the entire viewing public, unless you presume you are a better judge of what to believe than your fellow citizens.

Mill rightly thought that the typical case wasn’t one of views that are false, but views that have a mixture of true and false. It would be far more effective to try to engage with the truth in views we despise than to try to ban them for their alleged falsity. The Canadian psychologist and YouTube sensation Jordan Peterson, for example, says things that are false, misogynistic and illiberal, but one possible reason for his following is that he recognises and speaks to a deficit of meaning and values in many young men’s lives. Here, the right approach is to pry apart the true and compelling from the false and toxic, through reasoned consideration. This way, following Mill’s path, presents a better chance of winning over those who are lost to views we despise. It also helps us improve our own understanding, as Mill wisely suggests.

This article was originally published at Aeon and has been republished under Creative Commons.

Just In, Psychology, Self Care, Wellbeing